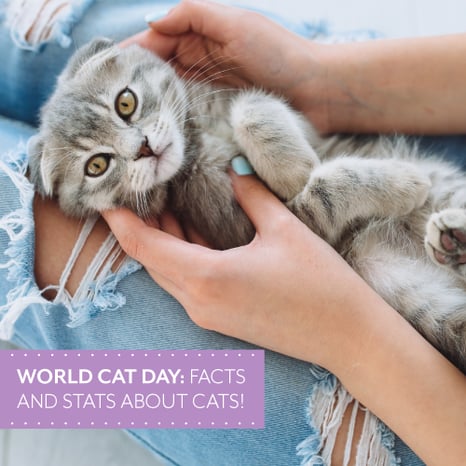 They’re furry, they’re sleepy, they’re fiercely independent, they purr, and sometimes they bring us lovely presents to our doorstep. As one of the most popular pets in the world, it’s easy to see why cats are so lovable. In honor of World Cat Day on February 17th, here are some fun facts and stats about our furry feline companions! 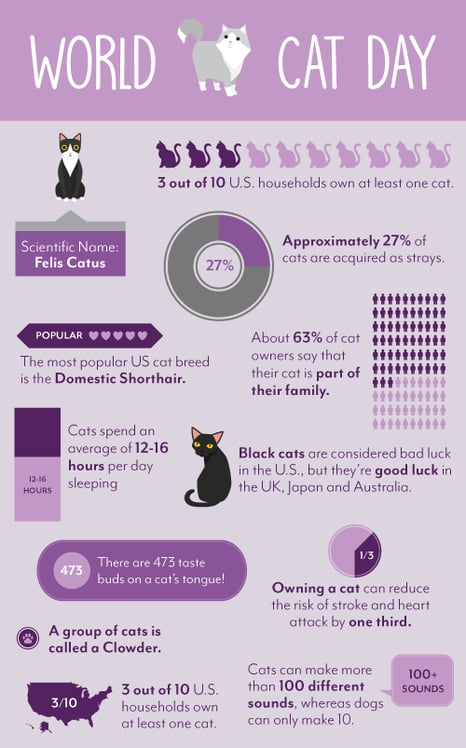 Share your photos and videos with us! Did you score a video of Sparky catching a fly ball while jumping into the pool? Did you snap a cute photo of Fluffy in a sleeping slumber? Send your best photos and videos of your pets to marketing@bestfriends.net for a chance to be featured.

Come join us at The Dog Dish where our pet care experts will share their best advice for keeping your family pets happy, healthy, and well-behaved. We'll also keep you posted on upcoming events and exciting news from Best Friends 38 locations across the U.S.